Soon after Pakistan gained independence Iran was one the first countries to accept Pakistan as an independent country. The relationship between the countries was very deep. The Shah of Iran was very supportive of Pakistan and even in the war against India, Iran always supported Pakistan openly. The important point is that Iskander Mirza the former president of Pakistan is also buried there because he was refused state burial by Yahya Khan. The relationship with Iran reached its peak during the time of Zulfiqar Ali Bhutto. The Shah of Iran was the first foreign dignitary who visited Pakistan after independence. The Shah of Iran gave oil to Pakistan on generous terms. Even the Pakistan army went to Iran to help suppress the rebels in Baluchistan. In the 1965 war, Iran provided both economic and military aid. In 1971 crisis Iran openly supported Pakistan's stance and opposed the division of Pakistan. Pakistan in return supported Iran during the Iran-Iraq crisis. During all this, the relations were at its peak. 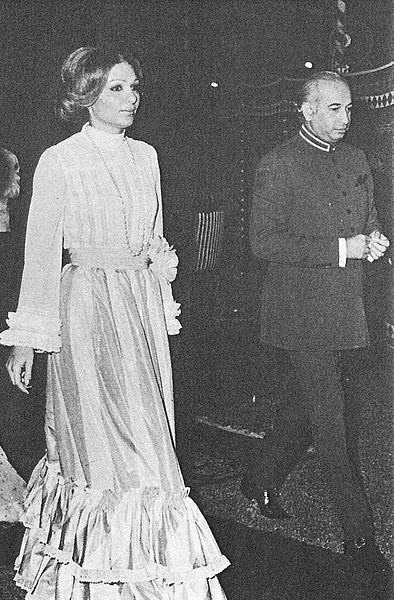 The Shah of Iran was overthrown and the new supreme leader of Iran Ayatullah Khomeini emerged. A year before this revolution Bhutto was also ousted and Zia took the government. Both  Iran and Pakistan faced the transition towards strict Islamic rule. Thus Zia was one the person to accept the new government in Iran. Iran too liked Zia and supported him. The new government in Iran hated America so pulled out of CENTO and limited its alliance with America whereas Zia became close to America during the Afghan crisis. This was the start of the downfall of Iran Pakistan relations. Secondly, Iran decided to have equal ties with India. This further aggravated the situation.

In recent times both countries have developed a sense of mistrust. This fact is further cemented by the fact that Kulboshan was operating through Iran. Pakistan has strongly protested it. Secondly, India's keen involvement in Iran further damages these relations. Iran on the other has been accusing Pakistan of supporting the terrorist in the border region. The government of Iran also disliked the undaunting support of  Pakistan towards Saudi Arabia. Recently more then a dozen soldiers from border check post were kidnapped and it is believed that that the people involved are from Pakistan region.  Foreign ministers of both countries are in talks regarding this issue. But still, the matter has not been yet resolved.

When the US killed Soleimani, Pakistan was one of the first countries which tried to de-escalate the tensions between America and Iran. Pakistan's foreign minister visited Iran and tried to calm them.

Iran is still one of the few Muslim countries which openly supports Pakistan's stance on Kashmir. This is of particular importance as countries such as Saudi Arabi and UAE even failed to support Pakistan on this issue openly.

In my opinion, the relation between the two countries will never improve as long these two countries stop taking sides and do not improve their relationship with America. This is also a major hurdle because many projects such as the Pak-Iran gas pipeline project can't be initiated due to the sanctions of America. Secondly, both sides see themselves as a rival of each other especially when CPEC started and Gwadar gained importance. Iran sees Gwadar as a rival to Chahbahar. Iran also has started the development of Chahabar. In the near future, I don't see any improvement in relations although I think the relations will further deteriorate because of Imran Khan's inclination towards Saudi Arabia.